Good luck in your search!

Joined 7 mo ago
·
800 Posts
If you are looking for a bike in your area, especially a 2014, its highly unlikely you will find one unless you don't care about its condition.

For me, it took 6 months of searching to find one with low miles & I had to buy from a guy in Florida & pay $600 to have it delivered rather than putting on 1500 miles - I was lucky, the owner was meticulous & honest.

This 2016 below is a great deal at $7800 & 7000 miles here in Orange County - because the guy has already changed the pipes to Vance & Hines (too noisy), added the Fender Eliminator & the bike looks clean plus it might be owned by a Credit Union. 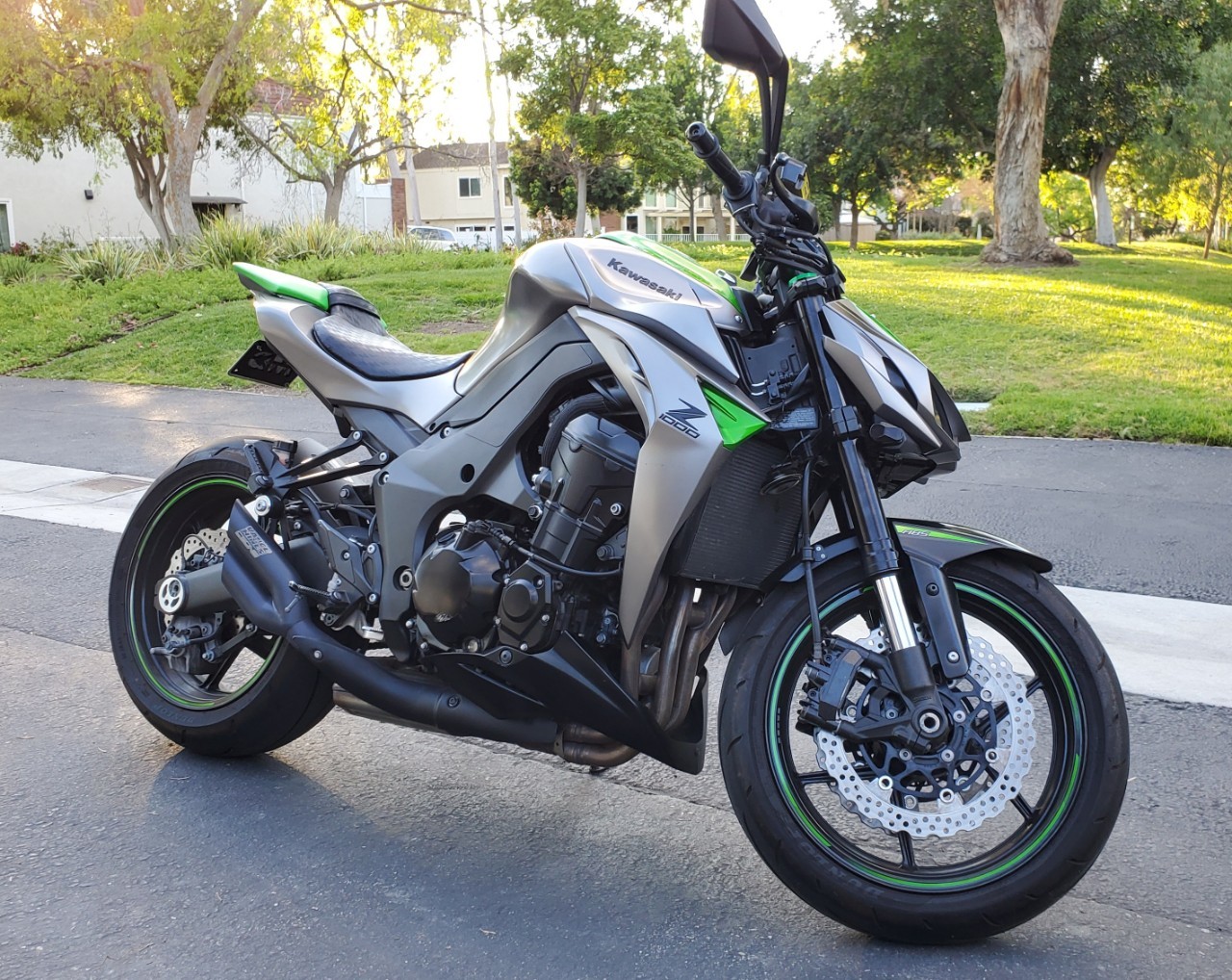 *unless it was factory built at the end of production after they upgraded the gearbox neutral & fourth gear internals.

**dealers are hurting, especially with a cult bike like a Z1000

Joined 7 mo ago
·
800 Posts
Bottom Line; a lot of children buy the Z1000 new & realise its a Man's Motorcycle with differences like unbelievable power & torgue with unique handling due to the short wheelbase plus its natural beauty, all attributes that make it a Cult Bike, in all years of Production.

So after a few miles of OMG Ownership they sell the bike.

But this is the type of deal you are looking for; a Cult Bike, with low miles, in perfect condition, at a price you can afford.

You are probably going to have to buy out of state, to get the needle in the haystack.

It took me 6 months & fortunately I found the ad within 2 hours of the guy posting in Florida. I bought it in January & there was no way I was going to ride it back to CA during rainy hurricane season of February.

Owning a Z is a Privilege, you are headed in the right direction...

Selling my beloved 2012 Z1000 in candy burned orange color and has 8,815 miles Bike is a true head turner and I got a lot of compliments for it. Has fairly low mileages and it is in excellent cosmetically and mechanically ,there only one tiny bit of chip on tank.I do have the factory touch up...

Did you buy the low mile 2014 in Indianapolis?

I see its not for sale this morning, if so, CONGRATULATIONS!

Today I am going for a ride, if you want I will check out the other 2016 in Orange County for you - let me know, I need to ride somewhere - going stir crazy
1 - 8 of 8 Posts
Join the discussion
Continue with Facebook
Continue with Google
or sign up with email
Recommended Reading
Read More
Read More
About this Discussion
7 Replies
5 Participants
Last post:
TheDoctor 3 mo ago
Kawasaki Z1000 Forum
A forum community dedicated to Kawasaki Z1000 motorcycle owners and enthusiasts. Come join the discussion about performance, parts, troubleshooting, maintenance, modifications, classifieds, and more! Open to the Z800 and Z900 models too!
Full Forum Listing
Explore Our Forums
Kawasaki Z1000 General Discussion Z1000 Appearance and Modifications Z1000 Performance Z1000 Parts and Accessories Z1000 New Member Introductions
Popular Communities